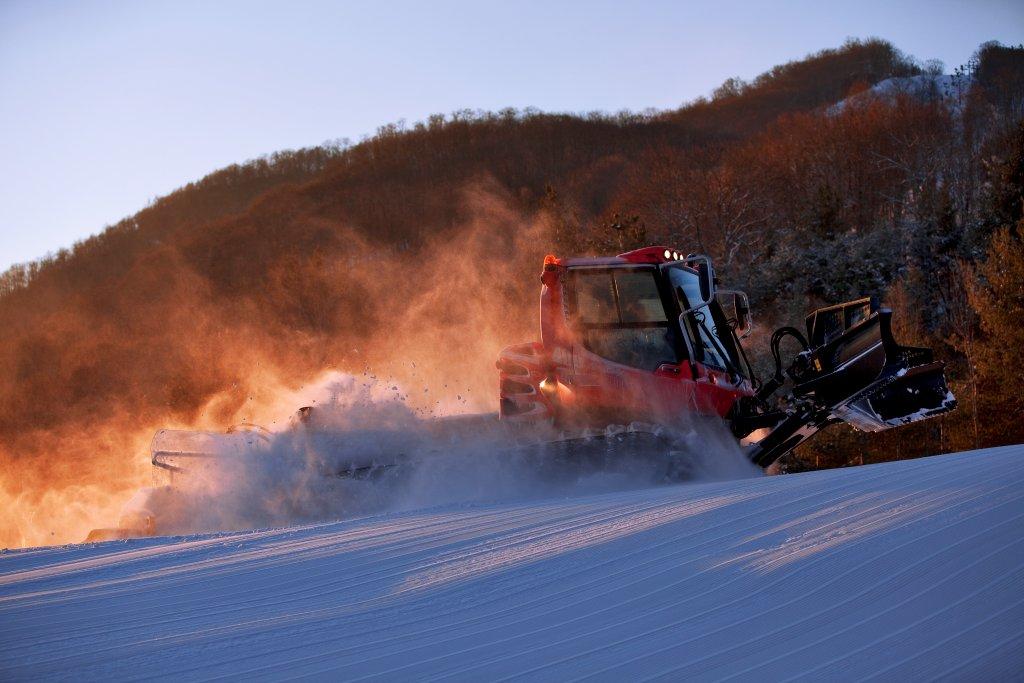 No poles? No problem!

If you asked someone in North Carolina about skiing in 1938, they would have called you crazy or stared at you blankly… “Skiing in the South? That’s unheard of!” Tom and Judy Alexander had other plans though. Even before the technology existed, the Alexanders planted the seed of opening a ski resort in the South, forging the way for North Carolina skiing decades ahead of their time.

Tom and Judy both came from affluent backgrounds in metropolitan areas in the South, but were tired of bustling city life. They each longed of simpler lives in the outdoors and found their way to the mountains of North Carolina independently. Like a love story for the ages, they met in the mountains and never left. The Alexanders purchased 1,000 acres on Fie Top mountain above the then-rural community of Maggie Valley, which they turned into Cataloochee Ranch. The Ranch was always a place for friends. Tom and Judy were known for their charismatic personalities and were able to befriend just about anyone from all walks of life.

“My dad was such an every man. He formed friendships with every kind of person you could imagine, from big-time corporate executives all the way down. The people who worked for him all loved him,” Alice Aumen (their daughter) said.

The friendly demeanor of residents and employees spread to the guests as well, making The Ranch feel like a family. Guests made The Ranch an annual destination, returning year after year for the good times, friendly community, and of course Miss Judy’s famous cooking (most notably, her onion casserole). There are even old pictures of guests at The Ranch splitting wood to help out with daily chores. When’s the last time you did that while on vacation? When it did snow enough to dust the hill, the Alexanders, along with ranch hands and guests, would strap homemade skis made from bent wood and leather to their feet and ski down, oftentimes using golf clubs as ski poles. Novice skiers barreling down the hill certainly gives a whole new meaning to the word “fore!” 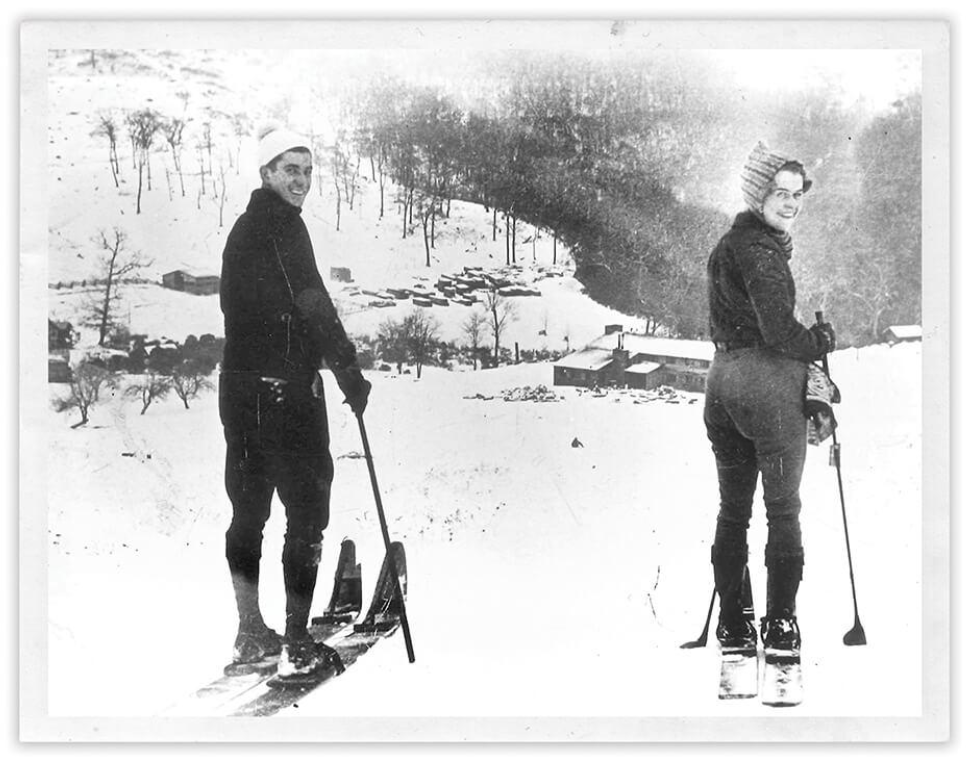 Judy Alexander and a ranch hand skiing with golf clubs at Cataloochee Ranch.

The Ranch provided work for many locals, from horse wranglers to dishwashers, and even musicians to entertain the guests. They raised sheep and cattle, as well as grew much of the food that was used to feed the guests. There also always seemed to be moonshine on hand.

Tom was always concerned with the welfare of others and wanted to provide work year-round for his employees, prompting him to toy with the idea of opening a ski resort in the winter months. He was not one to shy away from a challenge, and liked that a ski resort in the South was a novel idea. More importantly, no one else was doing it. However, there were no ski resorts in North Carolina for good reason, as there was no snow. But in 1961, snowmaking equipment finally advanced enough to make Tom’s dream a reality. The Alexanders purchased four snow machines, and with that, they were in business. Cataloochee Ski Area opened on December 10, 1961, making it North Carolina’s first ski resort.

‘If You Make It, They Will Come’

Snowmaking is the backbone of North Carolina ski resorts. Since Cataloochee opened in the early 60s, a handful of other resorts have also opened in the state, each relying heavily on snowmaking. Chris Bates, the general manager at Cataloochee, loved nothing more than flipping the switch and turning on the snowmakers. So much so, that he often couldn’t sleep the night before out of excitement. According to Bates, 15 degrees is the perfect temperature for making snow. Any colder and the lines freeze, any warmer and it becomes less efficient. However, any time the temperature drops below freezing, Bates brought the snowmakers roaring to life, grinning from ear to ear the whole time.

from Nature GIFs via Gfycat

Snowmaking has come a long way in just a few decades. In a mere 12 hours, enough snow can be made to open once bare slopes for skiing. Machines that once only made hundreds of gallons of snow per hour can now make thousands. He had even installed storm drains below the slopes. Not only does this slow the melting process of the snow by catching runoff, but this captured snowmelt can now be used to make more snow. Isn’t recycling a beautiful thing? While snow machines have drastically increased their efficiency, they are still power-sucking machines. To put it into perspective, Sugar Mountain (a neighboring ski area), spends a whopping $1.8 million every season to keep its slopes covered with the good white stuff (queue jaw drop). It’s a labor of love though, and we’ll go to extraordinary lengths for the sport we can’t live without, am I right?

The North Carolina skier is a different breed. They don’t care about fresh powder or peak conditions, they just want to be on the mountain. Bates recalled his first day at Cataloochee in 1999. While the hill was technically snow-covered, the weather was 40 degrees and rainy. He expected business to be slow, but much to his astonishment when the lifts opened at 8 a.m., the lines were long and the slopes were packed with skiers. “That,” Bates said, “is the resilience of the Southern Skier.”

It’s Got That Southern Charm

The South might not be known for its vast mountain ranges or world-class ski resorts, but it certainly is known for its southern charm, something that is abundant at Cataloochee Ski Area. If you’re in the mood for some friendly faces and comfort food (many of Miss Judy’s recipes are still used at The Ranch to this day) or you just find yourself in the area and fancy a thrill on the hill, Cataloochee Ranch is the place for you. The Ranch and the ski area are still under the management of the children and grandchildren of Tom and Judy Alexander.