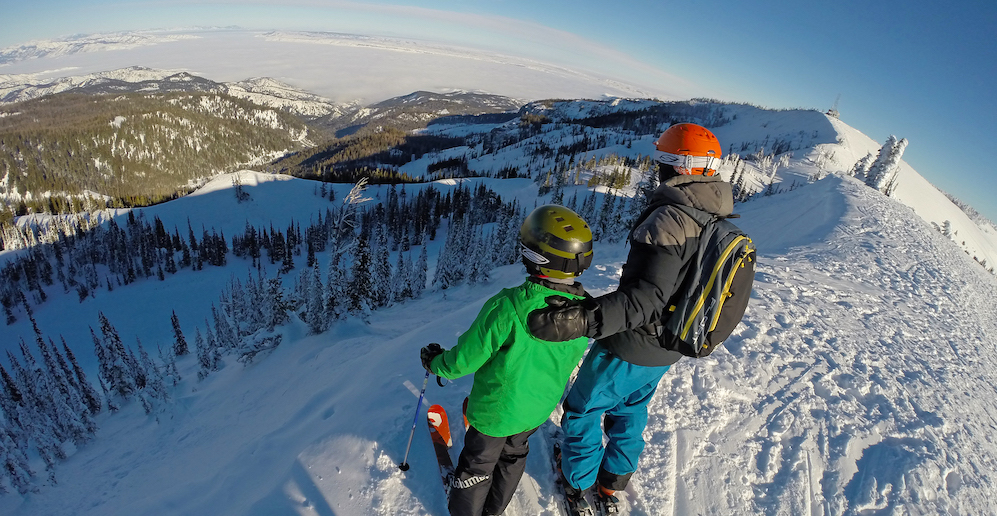 The Bomber Bowl run at Mission Ridge Ski and Board Resort is a snow mecca for Central Washington riders and visitors alike. The long run starts at the top of the Liberator express, wraps around the west side of the resort, and offers some of the best skiing in the Northwest.

While the riding is spectacular, the Bomber Run is also known for a large hunk of riveted metal sitting along the cat track to its entrance. Mounted on two metal posts is the large piece of a wing from a WWII era B-24 “Liberator” Heavy Bomber which crashed on Wenatchee Mountain in September 1944. 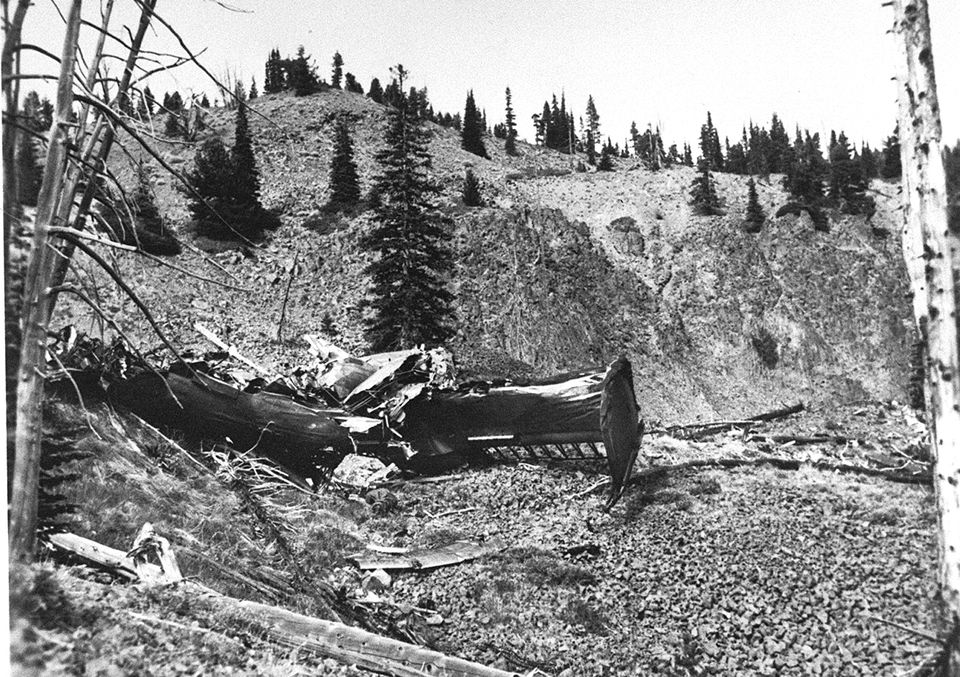 A plaque to the left of the wing explains that on the stormy night of Sept. 30, 1944, Flight Crew 22 was out on a training mission over the Cascade Range in the “Liberator” class bomber. The night was thick with fog and rain, and the plane traveled off course, passing over a fire lookout near Wenatchee Mountain. The lookout reported hearing the drone of the aircraft overhead before seeing a fire cut through the fog, illuminating the mountainside. A rescue team was dispatched to the crash site the following morning, only to find pieces of the wreckage strewn across the slope and no survivors.

Today, this tragedy is memorialized all over Mission Ridge. The ski area is home to runs like the “Bomber Cliffs,” a high-speed quad lift named “The Liberator,” and of course, the legendary piece of wing initially removed from the wreckage in 1985. 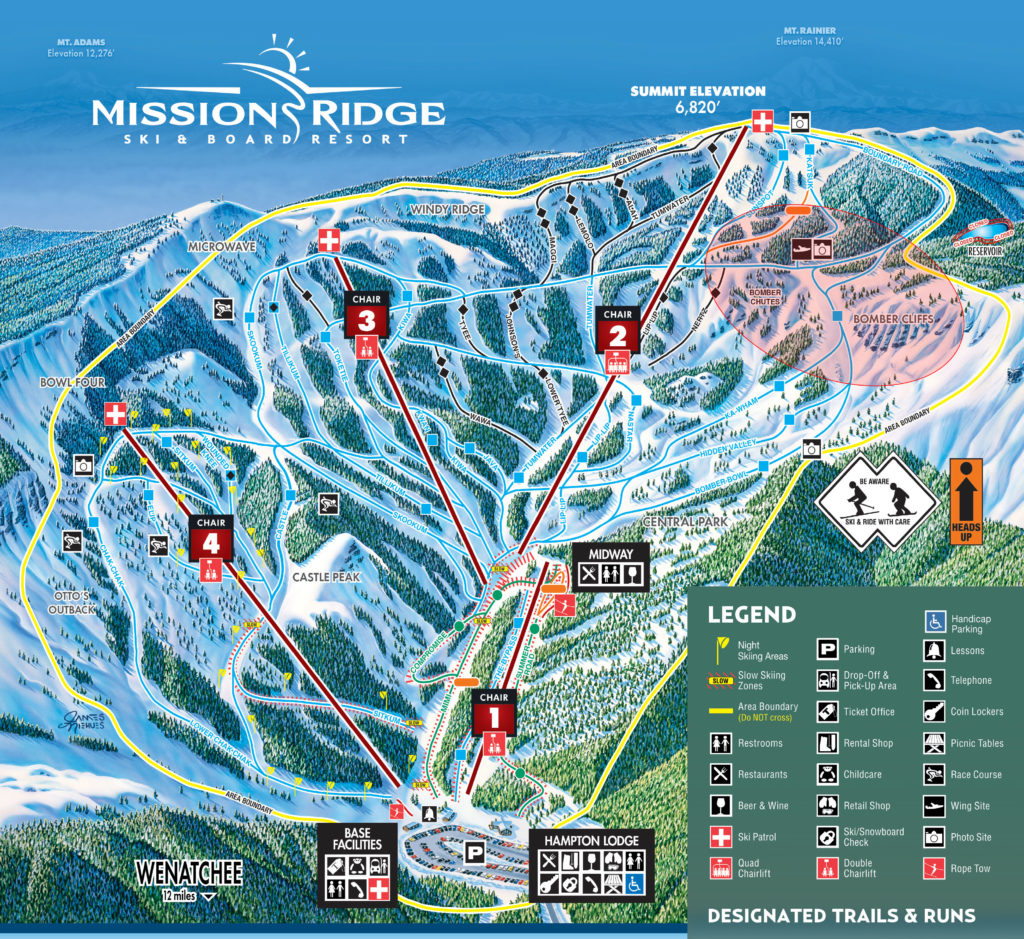 When the piece of the wing was first extracted, it was brought down to the Mission Ridge base lodge and showcased to the public. Though the wing was well received by visitors, the ski seasons following its removal from the crash site were marked by poor snowfall. This caused the Mission Ridge operators to suspect that the removal of the wing had upset the snow gods of Wenatchee Mountain.

In 1992, the resort relocated the artifact to a higher point on the mountain: Just under Chair 2 at the entrance to Bomber Bowl. As legend has it, within an hour of installing the wing in its new, altitude-enhanced position, snow was falling again, and the legend was born.

You can still see a faint, faded blue star on the side of the wing today, but new signs of wear are appearing on the memorial. Locals have taken to rubbing the shiny relic for good luck, good snow, and to show respect for the sacrifice of others and the powerful natural forces of the rugged Cascade landscape.

The shrine at the top of Bomber Bowl encapsulates the history, risks, fun, and community that snow sports are made up of, and offers a unique touchpoint for a rider to connect to the mountain.

If you pause at the wing, you can watch a stream of riders stopping to rub the metal for luck before they start their descent down the famous run named for the aircraft from which the wing came from. Brush the side of the wing and take in a piece of local history for yourself and then turn downslope to explore the rest of Mission Ridge’s premium terrain.

Mission Ridge is located 12 miles from the town of Wenatchee, WA — smackdab in the middle of the state. It is located on the eastern side of the Cascades and enjoys a lighter, dryer snowfall than the region is known for. The resort offers 2,250 ft of vertical slopes, one high-speed quad, three double chair lifts, two rope tows, night skiing, and a base lodge with food, drink, and rental options.

Wenatchee has an airport that you can fly into, or you can hop on a train from Seattle. By car, Wenatchee is three hours away from Seattle.

Although there are no lodging options at the base of the resort, the town of Wenatchee has plenty of hotel and vacation rental options to choose from. Wenatchee is split by the Columbia River, and you can stay on either the east or west side of the city, but most lodging options are in the western half.

A day on the mountain

The resort is a quick drive from Wenatchee, or you can hop on the free ski shuttle that runs seven times a day from the town to the ski area.

Once you’re up at the lodge, you can purchase a pass, get set with any rentals needed, and start your day on the slopes. Mission Ridge offers an award-winning ski lesson program for youth and adult riders, making the resort a fantastic place to improve your skills. 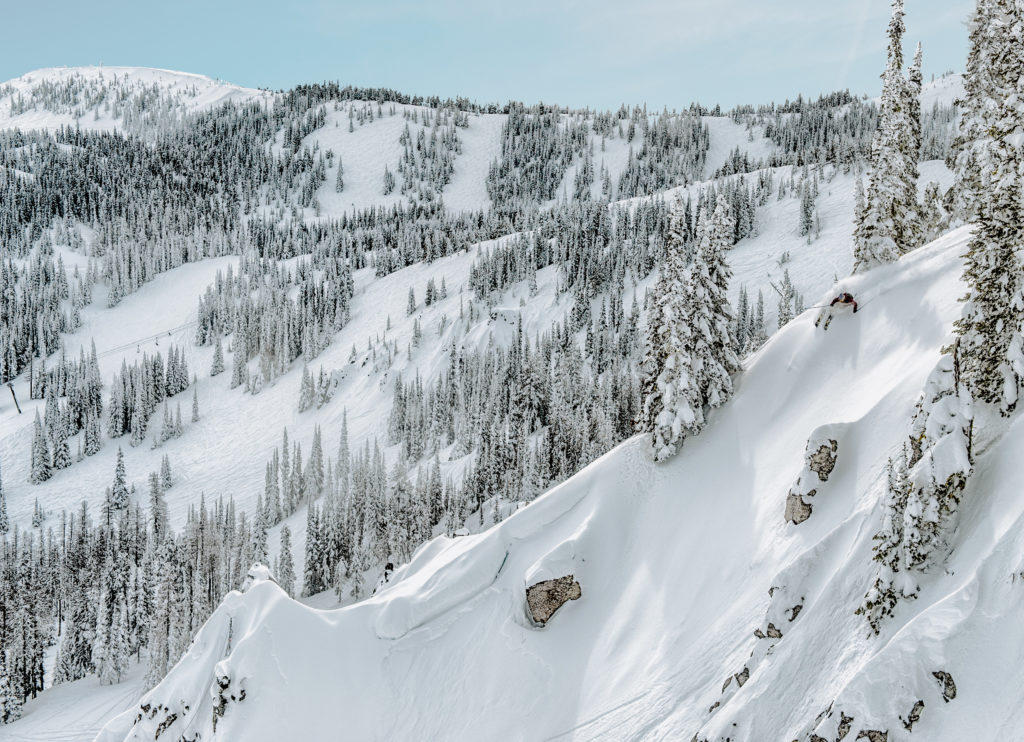 For more advanced riders, Mission Ridge has plenty of fun and big terrain to play on, and there is access to side-country stashes of premium powder off the boundaries of the resort. Check out the Bomber region off of the Liberator Express Lift featuring the Bomber cliffs, Bomber chutes and some of the longest runs on the mountain. On the other side of the basin, you can check out shorter and steeper terrain complete with beautiful views of the Wenatchee valley.

Step inside the lodge and warm up with some food and drink in the cafeteria, or one of the restaurants in the base area. Refuel, rest up, and head back out for a night skiing session if you still have the legs.

Back in town, enjoy a post-ski beverage at one of the Wenatchee area breweries, or check out the Pybus Public market — a collection of cafes, restaurants, and other shops offering a taste of pretty much everything Central Washington. This region is known for its fruits, wines, and Northwest cuisine — try to taste it all.

Mission Ridge and Wenatchee offer the best of central Washington skiing, snow, and culture. Indy Pass holders can be sure to enjoy every bit of it. Make a trip this winter to meet the legend at Mission Ridge, and you might just come back with a story to tell of your own.

Mission Ridge Ski and Board Resort