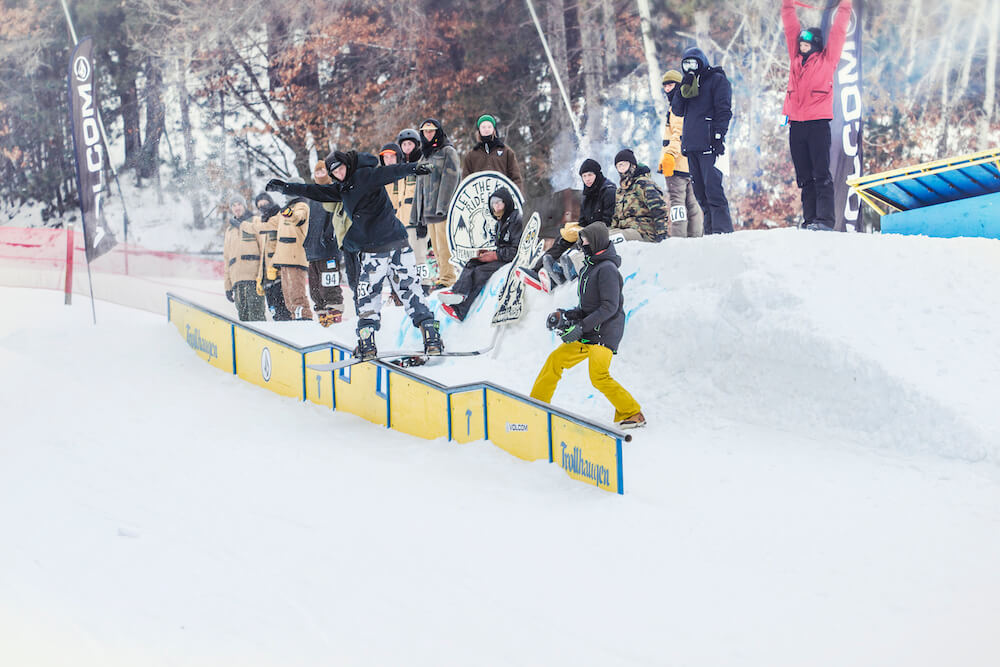 Looking for a local, multi-resort ski pass with little-to-no blackout dates? Or a sweet ski pass that works best with your schedule? Stop looking and pick up the Indy Pass. Indy Pass is proud to partner with (and showcase) one of the most insane spots in the Midwest. The Indy Pass revolution is in full swing and you don’t want to miss out on any of the action. With more than 40 resorts available to you across the U.S., it is time to pick up a pass.

Approaching this Midwest gem can be a little underwhelming… but wipe the fog from your goggles and you’ll understand the reason behind their impressive accolades. There is much more to Trollhaugen than what meets the eye.

Nestled in the rolling hills of Dresser, WI, “Troll,” as the locals call it, is a small hill with a vertical drop of 260 feet. With 23 runs, three chairlifts, four terrain parks, night skiing, and a die-hard local crew, Trollhaugen was voted #1 resort in the Midwest by Transworld Snowboarding and #1 Park in the Midwest by Newschoolers.com.

Like many of the other resorts partnered with Indy Pass, Trollhaugen does not disappoint when it comes to personality. My nomination for coolest lodge in the Midwest goes to Troll. “Hot music on cool nights is a Trollhaugen tradition,” as they say on their website. Live music is played in the lounge from 10 p.m. to 1 a.m. every Friday night from Nov. 29 until March 13.

Who else does that EVERY Friday night? Did I mention that the slopes are open until 3 a.m.? Yeah, THREE IN THE MORNING. Everyone knows night skiing just gets better during the later hours of the night. When I “grow up,” I want to be a Troll local, because these people know how to get down. 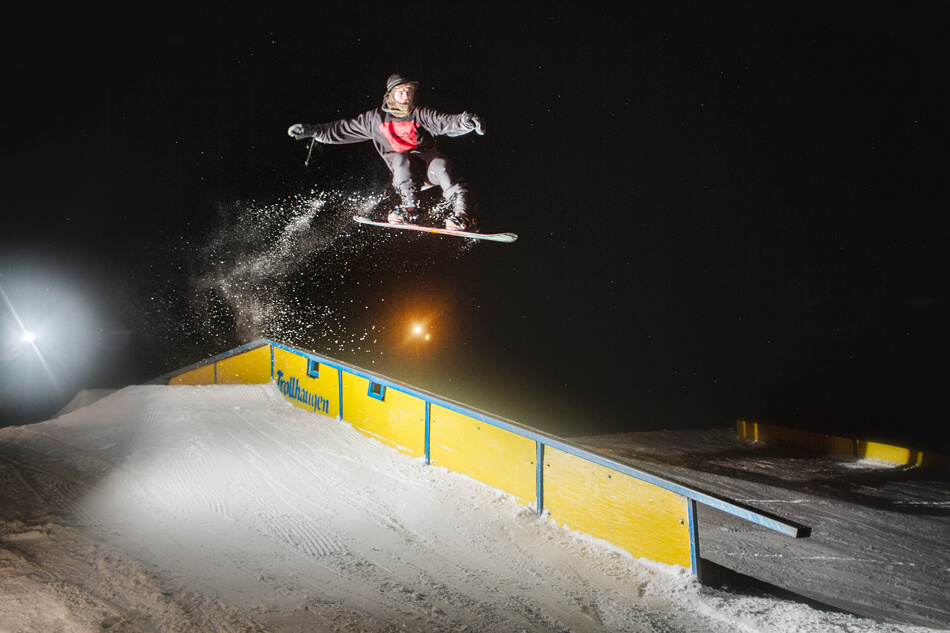 If you live in the Midwest and aren’t hitting the Trollhaugen terrain parks, you’re missing out BIG TIME. Skiers and boarders are shuffling in from all over the Midwest to get a part of the action. I can’t remember the last time I saw a resort’s trail map, and every single run had that beautiful orange park symbol. All runs at Trollhaugen incorporate some kind of freestyle terrain ready to be conquered.

Every single edit I’ve found online filmed in a Troll terrain park has been worth at least taking a look at, but there is one that takes the cake. My favorite series by far is the Trollhaugen series, “Human Being” courtesy of Trollhaugen’s very own, Nick Schoess.

Schoess and his band of local riders are curators of carnage on the slopes of Troll. This series is sick because it captures the enthusiasm riders have for doing what they love most, all while goofing off and capturing some jaw-dropping clips of the boys on the slopes. If you have any interest in ski edits, check this series out because it is spectacular.

I was able to contact Schoess and one of the riders, Zach Shuster, that appear in a few episodes of “Human Being.” First of all, both dudes were super friendly. Second, they were eager to comment on Trollhaugen and grateful for the opportunity. Neither of them disappointed when I asked for a few lines about the Troll community.

“Trollhaugen’s ‘Human Being’ is a video series that captures the incredible talent, atmosphere, and facilities that are hidden in the rural Midwest. At -25 degrees and windy to 35 degrees and sunny, on 280 feet of vertical, in the day or under the lights, fun is had by all. We strive to create and grow a community of fun-loving skiers who have a passion for what they do,” Schoess said, series videographer and producer.

Schoess’ work is featured all over Newschoolers.com and can be seen on Youtube as well. Look for the circular yellow logo with two skis crossing through the middle, and stay tuned for more content!

Troll’s two most noteworthy terrain parks, Valhalla and The Summit Project, are both accompanied by high-speed tow ropes, so forget about waiting in a lift line. Valhalla is a rail garden packed with variety, while The Summit Project is the flow park on the opposite side of the resort with thousands of lines to pick from. 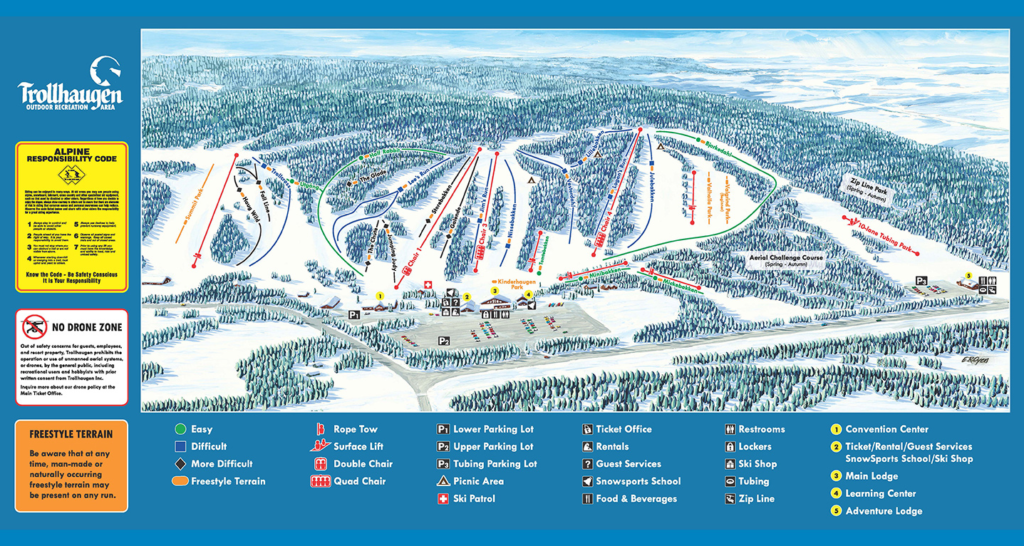 You can always expect Troll to shake things up. They create new obstacles and rearrange old ones for a new line on an old hill; just another great quality about Trollhaugen that proves its worth. Shuster, a Trollhaugen local, commented on Troll’s terrain and community.

“I started going to Trollhaugen two seasons ago… Since then, I have met some of the most genuine and core skiers in the Midwest, (and) I have progressed exponentially through riding Trollhaugen’s insanely well-built park and challenging features. They have given me so much exposure and love to me and all of the riders there. It’s been such an amazing past two seasons getting to film with all my favorite people. And I can’t wait for more!” Shuster said, Midwest skier.

Seriously, these local dudes in the Midwest know exactly what they’re doing and they’re damn good at it too. Shoutout to whoever is behind the terrain parks at Trollhaugen. Thank you for your imagination and creativity — keep it up. It’s people like you who elevate skiing and snowboarding to the next level, challenging the next-gen of kids to be better than their predecessors. There is young talent oozing out of your local spot!

The annual fall open house just passed, but mark your calendars for next year. Events include a ski sale and swap, backyard jam which raises money for new rails, movie premiere, rail jam with awesome prizes, and a food and coat drive for kids.